Bitcoin is a so-called cryptocurrency, i.e. a digital means of payment. But how do you actually buy Bitcoins? FOCUS Online explains how it works.

Buying Bitcoin – how does it work?

Bitcoins can be purchased on Internet marketplaces. The largest of these platforms worldwide are Kraken or Bitstamp. When a customer creates an account there, he or she first goes through a verification process customary in banking:

The Bitcoin account is then activated and connected to a bank account. After that the new customer can buy and sell Bitcoins. In some countries, banks even offer a current account that can be directly connected to a Wallet for Bitcoins, e.g. Fidor-Bank in Germany.

This is how the buying process works:

Another option is to buy via a Bitcoin exchange. There, in contrast to the marketplaces, trading takes place automatically. The most well-known Bitcoin exchanges are Binance, Kraken, Bitstamp and Coinbase. You can also buy other cryptocurrencies there – there are more than a thousand besides Bitcoin. In contrast to those spot market exchanges, platforms for professional traders are sites like these.

But beware! When buying, you should always keep in mind that the Bitcoins could theoretically lose their complete value from one day to the next.

It is also possible to trade Bitcoins directly with others outside such marketplaces. Then buyer and seller exchange exactly the amount that the seller offers. In this case, however, you should have a clear idea of what a Bitcoin is worth in order not to be cheated. In addition, your counterpart does not have to legitimize himself or herself in private marketplaces.

How do I resell the Bitcoins?

The prerequisite is that you are registered on a Bitcoin marketplace and own coins.

This is how the sales process works:

Where do I keep the Bitcoins?

Preferably not in an account on a Bitcoin exchange. Platforms have already been hacked and the Bitcoins stolen. Then they are gone – just like in a bank robbery. The difference is: nobody is liable for it.

Therefore you should transfer your Bitcoins to a private wallet. You can think of it as a virtual wallet.

Online Wallet: There are online wallets (hot wallets) that also carry the risk of something being stolen, but they are much safer. You can register online with such wallets and transfer the money to your account. The whole thing is secured with a private key, which is generated from letters of twelve random words (seed). Please never give this seed to anyone else, because everything can be calculated from it – especially the private key.

Own wallet: If you want to go one step further, you can install a wallet as software on your computer. Then the Bitcoin amount can be stored on the computer, so to speak. If you are not connected to the Internet, nothing can be stolen. However, the computer should be well secured so that no hacker or virus steals your Bitcoins.

USB stick: If you want it for sure, you can put the Bitcoins on a USB stick and place it under your pillow – or in a safe. This way is called “Cold Wallet” in the Bitcoin language. 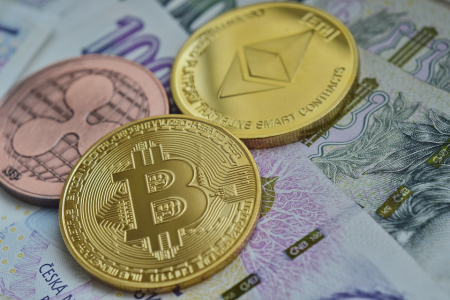