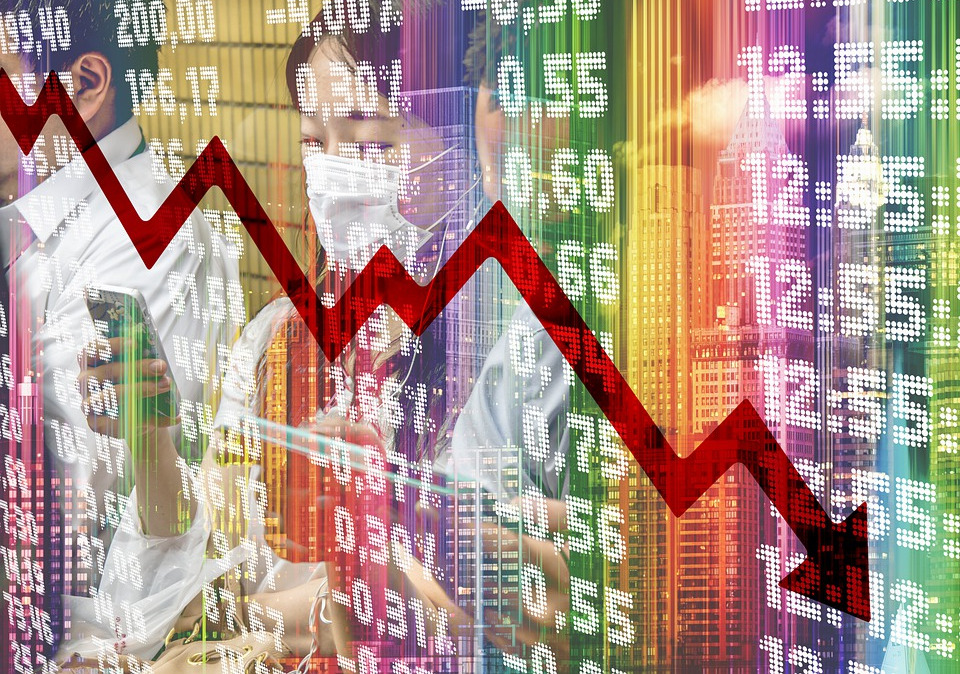 The political reaction on the spread of Covid-19 caused the first real economic threat faced by many millions of people around the world since the invention of cryptocurrencies. When the virus began to spread globally from China in mid-February and dominate the headlines, cryptocurrencies were temporarily in a nosedive. Ethereum minus 57 percent, LiteCoin minus 55 percent, Ripple minus 51 percent and Bitcoin minus 46 percent, as you can see on their price charts.

These are just a few examples of how some of the most important cryptocurrencies showed extreme volatility during the crisis. This differs from all previous economic crises in the availability of a new form of “digital cash”. Historically, crises in the financial markets have regularly triggered a flight to safe investments. Typically, many investors then start to buy US government bonds, gold or simply hold more cash.

No Need to Exchange Cryptocurrencies for Cash

The reason for this is simply human psychology: in crisis situations, people face a sudden transition – from a state of security and stability to a state that threatens both their physical and financial well-being. The prospect of perhaps not receiving their next salary apparently forces them to sell assets such as stocks for cash. In the Covid 19 crisis, owners of cryptocurrencies theoretically have nothing to fear. They do not have to “sell” their Bitcoins to convert them into cash – because they are already practically cash. They can simply keep them and use them to pay for goods and services throughout the crisis, however long it lasts.

Cryptocurrencies are theoretically very well suited as havens, and in some crucial aspects even better than cash. Traditional currencies, called fiat currencies, are ultimately influenced by the decisions of a central bank. The element “fiat” comes from Latin and means “it will, happen, come into being” – money only acquires its meaning from the respective government by declaring it legal tender. And although central banks should be independent, governments can influence their decisions.

Cryptocurrency work independently from the Money System and Central Banks

For example, US President Donald Trump expressed his dissatisfaction with the Federal Reserve, forcing it to cut interest rates, thus weakening the US dollar. The fact that cryptocurrencies are organized decentrally and independently of banks and central banks through the block-chain technology (distributed ledger) means that they evade such political influence.

This is another advantage of cryptocurrencies over fiat currencies: Physical cash can be lost or stolen, cash in a bank account may not be available when you need it because there may be withdrawal limits or the bank may experience a “bank run”. Cryptocurrencies, on the other hand, are purely digital, which reduces or eliminates all these risks. Also, their availability is much higher since everyone with access to the internet can basically become an owner of crypto assets.

Even people from third world countries in Asia or Africa without bank account can get access to Bitcoin & co. In many African countries there is an especially high and constantly increasing demand for Bitcoin since cryptocurrency is very popular among African Millenials, as studies have shown. In Countries like Nigeria or South Africa more and more people sign up with crypto exchanges in order to invest in Bitcoin and certain altcoins. Here is a listing of currently available btc market places in South Africa.

Nevertheless, cryptocurrencies failed in their first real stress test. What was the reason for that? In short, they were abandoned by their investors because they decided to change course at the first sign of economic distress. It seems that most owners of cryptocurrencies prefer to exchange their digital cash for traditional cash in times of crisis. A lack of willing people entering the crypto market at this time has further accelerated the downward spiral.

The at times enormous losses in value of cryptocurrencies show that the market remains largely a speculative market and must remain placed in the category of risky investments. According to various sources it is estimated that only about ten percent of Bitcoin owners use them as a means of payment. This means that speculators will dominate the crypto market for the time being, and greater acceptance and use of cryptocurrencies by companies and payment providers remains a vision for the future.

The recent sell-off may have left a bitter aftertaste among investors, but that could have been said as early as the end of 2017, shortly after the first major crypto crash. Finally, Bitcoin prices recovered to around 50 percent of their all-time high. We will continue to see strong price fluctuations, especially in the near future, as investors are constantly watching the effects of the coronavirus measures – and if the crisis worsens again, they will again behave as described above.

Large-scale Acceptance will not come about so quickly

Since the crypto market is not transparent, the best way to determine where the cryptocurrencies will go at least in the near future is to analyze the Bitcoin price movements. Because these tend to set the direction for the broader crypto market.

The question that crypto investors should ask themselves now is whether they really believe in this new form of currency. If they do, they should view it as a long-term investment and not worry about inevitable short-term fluctuations – as with other investments in which they firmly believe.

Especially since the global economy – and therefore many fiat currencies – is also under massive pressure and it is not yet clear how well it will withstand this. However, no one should expect widespread acceptance of cryptocurrencies to develop overnight and everything to run completely smoothly.